Samantha lay in her bed, enveloped in darkness, but sleep eluded her. She touched the empty spot at the base of her throat, wishing she had her necklace, wishing Malcolm was there with her. She turned onto her side and stared out at the moon and stars, which lit up the night sky. Samantha hadn’t seen Malcolm or heard from him since he’d walked out of the diner. She remembered the way she’d heard him in her head and the breathtaking way her body responded from that intimate connection.

She threw her arms across her eyes. She was terrified because she needed to see him. There was an aching emptiness in her chest that Sam knew only Malcolm could fill. She lay there wishing he would come to her and bring the necklace as he’d promised. She was thoroughly confused by the events over the past few days, dreaming of him, hearing him in her mind. The irrational attachment she felt was more disturbing to her than anything else. She craved that feeling she had when she was with him. Connected. Alive. For the first time in her life she felt alive. It was as if he’d awakened her, and she’d been sleepwalking until the day she’d met him.

Christ, she actually craved him. Like a fat kid craves cake. Her sanity was slipping away by the second. She had always prided herself on her ability to be rational, never getting caught up in romantic notions like so many of her friends had. Well, so much for that.

She heard Malcolm whisper along the edges of her mind. His voice was deep and hypnotic, a seductive caress that tickled her inside and out. She sucked in an unsteady breath.

Get out of my head. This is crazy. Yet even as she sent that message to him, her body betrayed her. Her nipples peaked and tightened; her womb clenched as heat pooled low in her belly. She sucked in a quick breath and squeezed her eyes shut. Sam tried desperately to fight the tears that pricked the back of her eyes. She had absolutely no control over her body’s reaction to him.

She heard a scratching sound and opened her eyes. Through the fluttering ivory panels at her window, she saw the hulking bird who had visited her the other day.

Sam lay there completely still and kept her wide eyes fixed on her feathered visitor. She was unsure whether to scream or pinch herself to see if she was awake. They stared at one another, neither moving. Sam fought the overwhelming urge to cry out for her grandmother, like a child.

The bird finally cocked its head to one side and made a small squawk, as though it was saying hello. Sam jumped slightly. She opened her mouth to say “shoo” or something, but her eye was immediately caught by a glinting at the animal’s beak. Her breath caught in her throat. Mustering up her courage, she sat up slowly and pushed aside the cotton sheets. Her bare feet touched the cool wood floors, confirming that she was indeed awake. The late summer breeze hit her arms as the sheer curtains fluttered around the magnificent bird.

Bird? No, that didn’t even seem like an appropriate word to describe it. A bird was a sparrow or a crow, something ordinary. This creature was far from ordinary. It was majestic. Raptor. Wasn’t that what birds of prey were called? Sam swallowed hard, and her gaze flicked down to the massive talons that were wrapped around her windowsill. Yes, that was much more fitting.

She stood carefully, not feeling completely steady on her feet. Squinting, she looked closely at what it had in its beak. Sam froze. Disbelief flooded her, and she licked her lips nervously. Dangling from this eagle’s beak was her silver cross.

Sam reached out and hesitantly approached the magnificent creature before her. “Shhhh. It’s okay,” she whispered, inching slowly toward the bird. She repeated this mantra in hushed tones as she moved closer, wondering if she was saying it for the bird or herself. After what seemed like an eternity, she finally had her trembling hand under its beak. The bird promptly dropped the delicate silver strand into her quivering palm. It looked at Sam with those piercing yellow eyes that had become oddly familiar. She stared back at the bird and closed her fingers around her reclaimed heirloom. The silver felt cool against her hot skin.

Sam didn’t know what to do next. Do I say thank you?

Then she heard Malcolm answer her in her mind.

Sam’s head snapped up, and she looked at the bird in her window. “Malcolm,” she said in a small, shaking voice.

Unblinking, he just sat there looking at Samantha. She stared back at him with a mixture of fear and wonder. He looked into her dark blue eyes, and her lips trembled. She swallowed hard.

I told you I’d bring you your necklace, and I always keep my promises.

With that thought, the gigantic bird spread his golden wings and shimmered as if she was looking at it underwater. The air around them thickened, and the entire room crackled with something akin to static electricity, causing every hair on Samantha’s body to stand on end.

Within seconds, Malcolm stood before her in his human form.

Sam stared at him, her mouth wide open, something that resembled a silent scream. She backed away. Her legs hit the mattress, and she abruptly sat down, bouncing on the edge of the bed. She slowly shook her head with disbelief. Her brain couldn’t quite grasp what she had just witnessed.

The eagle was gone and replaced by Malcolm. He towered above her, all six feet, four inches of him. He was a solid wall of muscle. His face was sharp edges. His eyes glowed—the eyes of the eagle—like two yellow embers, and seemed to bore right through her.

“No way.” She still shook her head. “This is not possible. What the hell are you?” she whispered.

Pre-order your copy of Unleashed  HERE

Read With Me on Goodreads 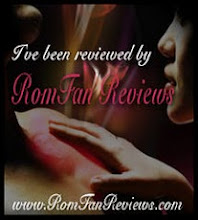 The Amoveo Series: Paranormal Romance of a Different Breed on Facebook 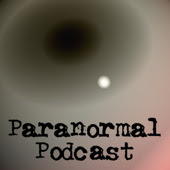 Listen to internet radio with conxroad on Blog Talk Radio